COVID-19 (Coronavirus) – an update for our clients. 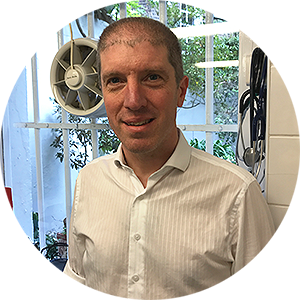 Ed qualified as a vet from the Royal Veterinary College in 1996 and initially worked at a practice near his home in Buckinghamshire. He returned to the RVC one year later and completed a rotating internship in small animal medicine and surgery, followed by a year as a surgery resident at the University of Liverpool. He moved to Cambridge University in 1999 and completed a 3 year residency in small animal surgery, becoming an ECVS Diplomate in 2003. He remained at Cambridge until 2004, when he started working at Bayswater once weekly.

He owns a Pug called Beetle who is the son of one of Ed’s previous patients. Beetle has got used to being photographed or videoed to illustrate characteristics of short-nose breeds in Ed’s lectures.